Top 10 Censored Books- According to TIME

As I was wandering the interwebs today, I came across an article on the TIME website titled "Removing the N Word from Huck Finn: Top 10 Censored Books" and being the word nerd that I am, I had to check it out. The books below are on that list.


1. The Adventures of Huckleberry Finn by Mark Twain (Samuel Clemens) 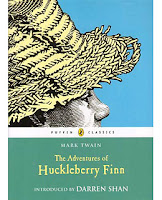 When good ole' Sammy wrote this, he didn't think using the N word or anything else he wrote would be a big deal (it wasn't at the time, but later people suddenly were upset). Even Louisa May Alcott (author of Little Women) decided to stick her nose in the air for other reasons. As quoted from TIME, she said "If Mr. Clemens [Twain's original name] cannot think of something better to tell our pure-minded lads and lasses he had best stop writing for them." First of all the fact that she thought "lads" and "lasses" were all pure-minded she was delusional. Kids know stuff (I was a kid once after all) and holding things back from kids can have consequences. 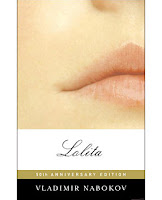 I don't know much about this other that it is really sexual and has something to do with pedophiles. 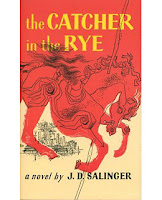 A teenage boy who swears and likes prostitutes? Automatic uproar from the masses I suppose. Combining cuss words and sex is bound to have people crying foul. 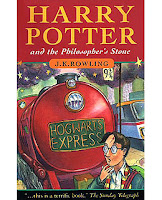 A school that teaches witchcraft (& wizardry) to children (go Hogwarts!) can't be that bad. By simply reading the books you can see it is about good triumphing over evil. But some religious fanatics in Maine claimed these books promoted devil worship and wanted to have a book burning. Even though no devil worship is mentioned... in fact not even close. Hmmm, did they even read one of these books? I seriously doubt it.


5. The Anarchist Cookbook by William Powell 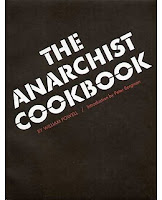 In 1971 Willy was just 19 and angry about the Vietnam War (in which he was drafted) when he wrote this. In 2000 even HE tried to keep it from print but no longer owned the rights.


6. I Know Why the Caged Bird Sings by Maya Angelou 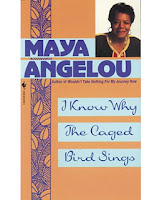 Written in 1970, Maya discusses racism, sex (and most disturbingly being raped by her mother's boyfriend when she was 8). She wrote the truth and sometimes, people just can't handle the truth. 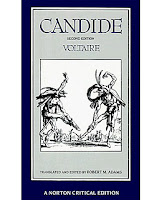 In a quote from the article, because I haven't read this: "This classic French satire lampoons all things sacred: armies, churches, philosophers, even the doctrine of optimism itself." 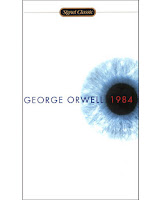 "Written in 1949 by British author George Orwell while he lay dying of tuberculosis, the book chronicles the grim future of a society robbed of free will, privacy and truth." Wow, you go George.

"Some reviewers called it a veiled attack against Joseph Stalin and the Soviet ruler's infamous "midnight purges," though, oddly enough, parents in Jackson County, Florida, would challenge the book in 1981 for being "procommunist.""


9. The Satanic Verses by Salman Rushdie 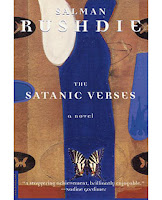 "This book sparked riots around the world for what some called a blasphemous treatment of the Islamic faith (throughout the book, Salman Rushdie refers to the Prophet Muhammad as Mahound, the medieval name for the devil)."
People were killed and injured in riots. It's crazy that a book can cause such an uproar. I'm going to put the rest of what the article said because it's so unbelieveable.
"In 1989, five people died in riots in Pakistan and a stone-throwing mob injured 60 people in India. Although Rushdie issued an apology, Iranian spiritual leader Ayatullah Ruhollah Khomeini publicly condemned the Indian-British author to death, putting a $1 million bounty on his head (an Iranian assassin would get $3 million, Khomeini promised). While European nations recalled their diplomats from Tehran, some Muslim authors, like Nobel Prize winner Naguib Mahfouz, defended Rushdie and accused the Ayatullah of "intellectual terrorism." Meanwhile, Venezuelan officials threatened anyone who owned or read the book with 15 months of prison. Japan fined anyone who sold the English-language edition, and a Japanese translator was subsequently stabbed to death for his involvement with the book. Two major U.S. booksellers — Waldenbooks and Barnes & Noble — removed the book from their shelves after receiving death threats. And while Rushdie's publisher, Viking Penguin, denounced such "censorship by terrorism and intimidation," threats of violence forced the company to temporarily close its New York City office to improve security. Under the protection of British authorities, Rushdie lived in hiding for nearly a decade." 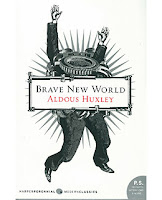 "Huxley's 1932 work — about a drugged, dull and mass-produced society of the future — has been challenged for its themes of sexuality, drugs and suicide." Is it just me or does the world not sound so brave?