The Maze Runner by James Dashner


This book was OK, but could have been better. The main character Thomas wakes up in an elevator with no memory other than his name and when he is let out he is surrounded by a large group of boys in something they call "the Glade," which is surrounded by walls that shut every night. There are some crazy weird machine things in the maze (outside the walls of the glade) that will try to kill you and if they sting you you get memories back that apparently are bad. But you don't know much of anything during this book because as soon as Thomas is going to be told what's going on something happens and it's like "I was going to tell you but I'm busy now so never mind." This is pretty much the entire book! SO frustrating!

I was hoping this would be another Hunger Games futuristic end of the world type book but too much of nothing happens for so much of the book that you get tired of it. Now this is supposed to be a trilogy and I think I'll probably read the other two books just so I can know what happens. Because, apparently, even though I'm frustrated with Dashner's writing style, the story is still interesting and I want to know what happens. You're left with a cliffhanger and I'm interested with where the story was going.

View all my reviews
No comments:

The Hobbit by J.R.R. Tolkien

The Hobbit by J.R.R. Tolkien


Probably my favorite book or at least one of my favorites. It seemed to start a little slow but as soon as Bilbo goes running out of his little hobbit house I feel like I'm swept into another world. I love the characters, the scenery and the story that pulled me in (almost from the start).


They started filming The Hobbit and I'm really excited about it! Can't wait to see it! Below is a video blog from Peter Jackson.


View all my reviews
No comments: 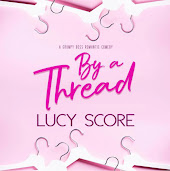